Get FREE postage off this month when you order my book, The Bride... or Hush DVD! 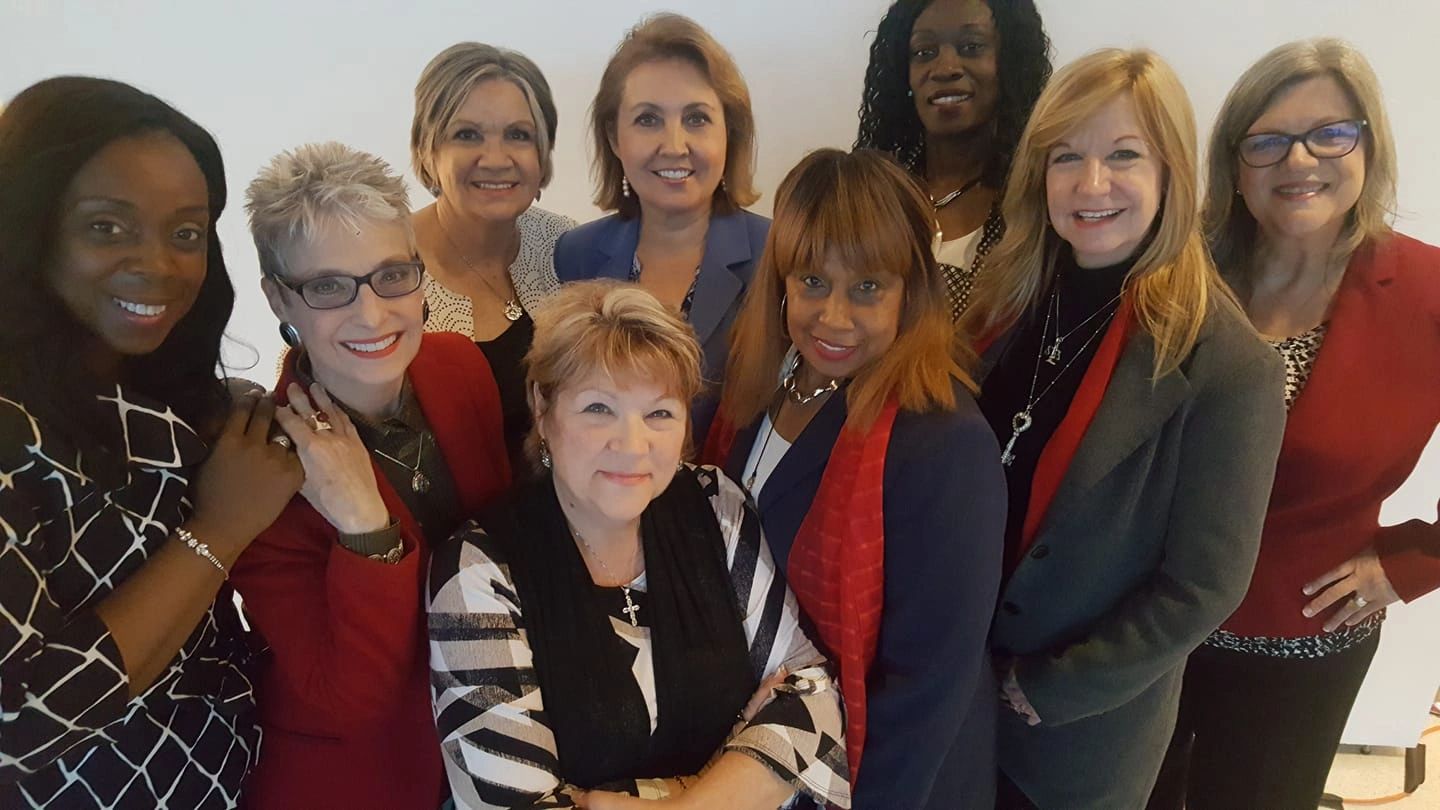 Welcome to Together For Life Ministries

From a MESS to a MESSAGE for LIFE

Denise Mountenay is a captivating KEYNOTE SPEAKER with an urgent, timely message.

She is reaching out to people across Canada and around the world regarding the horrific impact of legal abortion to women, men, families and nations.

MILLIONs of women have had an abortion over the last 40 years. Now Canada along with most other developed nations have had below replacement birthrate levels for years.

For 30 years now, Denise has been candidly sharing her Mess to a MESSAGE testimony of rape, teen pregnancy and abortion. She has spoken to audiences in Universities, High Schools, Churches, Conferences, Prisons, Radio and Television. She has been a guest on many talk shows including, ‘Insight’, The Miracle Channel, Day Star TV, This is Your Story on YES TV...

In 2005, The CBC-The National aired a documentary on her work and ministry. In 2012, she received The Queen's- ‘Diamond Jubilee Medal’ for her work.

She was the Founder and President of Canada Silent No More (CSNM) a registered non-profit society for 16 years, and is the Founder/President of Together for Life Ministries, reaching, teaching and offering hope and healing to people affected by abortion and pregnancy loss.

Denise brings education as well as awareness to the forefront on this vital issue so prevalent in our generation. She teaches on fetal development, and the humanity of children before birth.  Denise educates on the latest research on the damage of legal abortion to women including Breast Cancer, cervical damage resulting in subsequent pre-term births, infertility, depression, anxiety disorders, substance abuse & suicides etc. She also encourages youth and young adults to hang on to their hormones.

She is the UN-Chief Administrative Officer for Endeavour Forum Inc. an NGO. Denise has led many teams into the United Nations, hosting and doing presentations along with organizing meetings with UN Ambassadors at the Commission on the Status of Women and CPD in New York City and Geneva, Switzerland Headquarters. Denise has given several Oral Statements to the UN Assembly, sharing her testimony on the pain of legal abortion and informing UN delegates on the scientific evidence proving it is not a “safe” surgical practice. Women in developing countries need access to safe, genuine Maternal Health Care, not abortion.

Denise is author of the National Best Seller-FORGIVEN...a true story. Her new book, The Bride, The Serpent & The Seed is now available. It is a must have for libraries, youth and young adults on the sad reality of abortion.  Denise produced  her first documentary in 2012, and helped develop the award-winning documentary called, HUSH, which exposes the Breast Cancer Link, Preterm births and mental health issues in the aftermath of abortion. Her passionate message encourages people to ultimately bring value and honour to motherhood and all of humanity; Giving God the Glory.

Together for Life Ministries

Denise spoke at the Brussels, Belgium March for Life Event on March 31st, 2019

GET YOUR COPY of The Bride, The Serpent & The Seed

Now into its 4th Printing!

This cutting edge book exposes the damage of legal abortion to women and how it took the lives of her children.  A very typical story for millions of women today.  Denise reports on the lies pregnant women are told, and the horrific trauma and aftermath.  She also teaches on the scientific evidence proving legal abortion is NOT a "safe" practice!  Her spiritual journey and encounter with the Lord Jesus Christ and how HE changed her life and called her to speak out and be a voice for her children who had no voice.

This is a great resource for teens, young adults, politicians, Pro Lifers and everyone interested in stopping the violence on the greatest crime against humanity in our generation.  Books are $20.00 each, email your orders to dmountenay@msn.com or denisemountenay@gmail.com

“This is a woman we all should meet! Denise Mountenay, Founder and Director of "Canada Silent No More" has written an excellent book, sharing her amazing story and passion to deal with the horrendous problem of abortion worldwide. I admire women who take a stand and be a voice for the ones who have no voice! This book is packed with information, is soundly Biblically based and gives the story of how God can take our deepest pain and use it to help others! It's our past pain that often prepares us for future ministry. Thank you Denise Mountenay for being a bright light in a culture of darkness!”

"I have to admit that I was a bit hesitant just before starting to read your book The Bride, The Serpent & the Seed. However, I never thought it would be so exciting to read.

Your vast knowledge of the scriptures is amazing. The depth of your biblical and knowledge of worldly affairs is commendable. It's so much more than just a book on abortion.

Everyone, especially Christians need to read your book to be awakened of the growing sin in this world. A wake up call.

You make it so clear that instead of drink your coffee and eating your donut in church and enjoying the show, get out into the battlefield and start saying NO to sin.

The problem is that sin has gotten so deep rooted in the church that it will take people like you to put some fuel on the fire that's almost gone out.

My wife and I have been in some very large Christian gatherings this year and when it comes to the subject of the Gay movement, Transgender issue, Abortion and common-law relationships the Christian family is very close to 50% complacent.”

Get your copy of the HUSH Documentary

Denise Mountenay, a former abortion patient herself who had irreparable damage done to her cervix and uterus, along with a cancer scare having had two lumps removed from her left breast, also suffered years of deep remorse, grief and substance abuse because of her legal, but unsafe  abortions.

Denise felt an urgent need to produce a documentary with all the latest scientific evidence on the BREAST CANCER LINK, PRETERM BIRTH RISK and MENTAL HEALTH issues in the aftermath of legal abortion.  She also wanted to include testimonies from other women also hurt and injured by legal abortion.

She produced her first documentary on the subject in 2012, entitled, "Do No Harm".

Then Denise met a producer and helped develop and co-produced the Hush Documentary.  She is featured in this award-winning film.  It is a about a Pro Choice female director who does some investigative reporting by interviewing many doctors, researchers,scientists and post abortive women to discover huge cover-ups in the breast cancer link, preterm birth risk and mental health problems for women in the aftermath.  It is a great resource for every Pro Life Group and needs to be aired on every broadcast.  Women have a right to know about all of the risks and complications, and if they choose an abortion, they could be choosing Breast Cancer, Sterility, Preterm births in future wanted children, and mental health problems in the aftermath.

Please contact Together for Life Ministries if you are interested in getting a copy of HUSH from us.

Together for Life Ministries

In 2019, Denise brought a team into the UN CSW and hosted a Side Event to a packed audience.  She also went to Geneva and hosted a Parallel Event with an OB/GYN speaker.  She attended the National Catholic Women's League Convention in August in Winnipeg, Manitoba.  She spoke at the XII World Congress of Families Conference in Moldova, Sept. 12 to 16th, then she spent a week in Jerusalem, Israel to pray and take part in Yom Kippur.  She also spoke at the Intl. ProLife Conference in Israel.

Now we are preparing to bring another team into the UN this March 2019, your prayers and support are needed and appreciated, so we can impact global leaders exposing the lies, and proclaiming the truth about the right to life for every human being, no matter how small.

Whether as a keynote speaker or a workshop leader, Denise brings insight and education to one of the most controversial issues of our day.  With the power of her testimony and the use of published studies, she teaches on the evidence proving legal abortion is harmful to women, and took the lives of her children.  Let Denise help you move from hearing the rhetoric, to knowing how to answer those mantras.  How to go from the regrets of yesterday's, to the world of tomorrow's victories.  There is hope for women after abortion and people need to know the truth about this prevalent practice so rampant in our generation.

After publishing her first book, Forgiven, a true story, which became a National Best Seller in Canada, she dedicated herself full time to bringing her testimony and message to people in conferences around the world. Her new book, The Bride, The Serpent & The Seed is now available and into its fourth printing!

A Philosophy for the Future

The key to success and productivity are already in our hands. You just need someone to show you the lock and have the faith to open the door.

As an experienced speaker and innovator, Denise will bring new life and inspiration to your next event. Contact us, and we can design a  presentation or workshop that fits the needs that you have today.

What is it that is holding you in the present and keeping you from accessing your brightest future? This presentation is built on years working with Pro Life groups who are trying to stay ahead of the next wave. I will help you and your team figure out, not just what is coming next, but how to shape what is coming next.

As a former abortion patient, I was lied to and deceived by doctors. Like most women pressured to have abortions. After an encounter with the Lord Jesus Christ, I knew that I was to be a voice for my children who had no voice. God called me out of darkness and into His light to expose the pain and damage women suffer, and bring humanity to children in utero.

The Bride, The Serpent & The Seed is on its way to being a National Best Seller.  This book has got several great Book Reviews by The St. Albert Gazette, The Free Press and Christian Leaders.

Get your copy now

Help Our Cause to SAVE LIVES

Your support and contributions will enable us to help pregnant women choose LOVE. To Reach, Teach and Mobilize people on how to be a voice for the voiceless.  2 Cor. 8 & 9 challenges us to continually give to the LORD's work. God loves a cheerful giver.  For a charitable tax receipt for Canadians please go to:   https://www.canadahelps.org/en/dn/33622

Help Our Cause to SAVE LIVES

Your prayers, support and contributions will enable us to help SAVE LIVES!

To Reach, Teach and Mobilize people on how to be a voice for the voiceless.  2 Cor. 8 & 9 challenges us to continually give to the LORD's work.   For a charitable tax receipt for Canadians Residents please go to  https://www.canadahelps.org/en/dn/33622

THANK YOU for your prayers and support!  Shalom.

Copyright © 2020 Together For Life Ministries - All Rights Reserved.